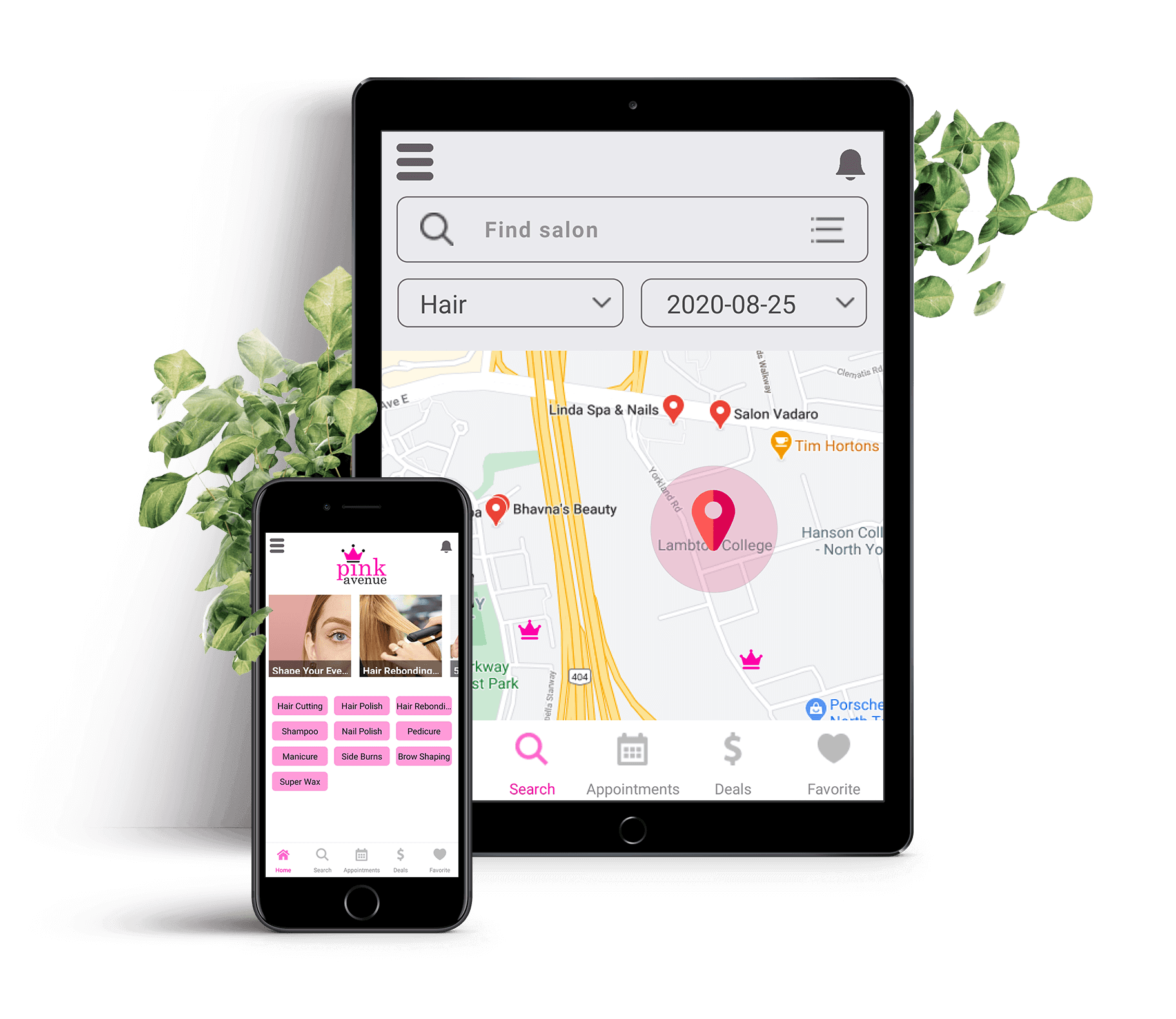 The client wanted to create her own custom app like Uber that would allow users to obtain beauty services at any time or any place. The Uber-like app would allow salon owners and salon clients to find each other on a whim.

She needed to create a two-sided custom app. One side of the app would need to integrate with Google Maps API. Using Google Maps API would allow users of the custom app to search for beauty salons near them and then place an appointment immediately with ease.

She also wanted the custom app to be useful for any user, so she needed a cross-platform custom mobile app. A cross-platform app is an app that can be used by either iOS (Apple) or Android users. She needed help from a custom app development agency to make her idea a reality.

As Idea Maker worked on the wireframe for her custom app, we identified that the best way to build this two-sided app like Uber would be to use React Native. Choosing React Native would allow us to easily develop a custom cross-platform app for both iOS and Android users.

On the customer side of this app, Idea Maker developed the functionality for users to search for not only nearby salons but also nearby deals. We accomplished this by using Google Maps API. Customer users are able to easily browse the app for salon information and then book an appointment. Using push notifications, the app would send them reminders.

On the salon side of the app, Idea Maker’s team of custom app developers created the ability for salon owners, managers, receptionists, and stylists to manage their schedules and clients with ease. For example, each stylist can specify on their listing their availability and it will automatically update on the Pink Avenue Beauty website and app.

Another novel feature of the custom app project is that the app gives salons the ability to run Groupon-style deals for improved marketing within the app. With everything created perfectly to our client’s specifications, She is poised for success.

For an Uber-like app to work well it would need to integrate with Google Maps. Idea Maker used the Google Maps API so that customer users could easily browse the map to locate a salon near them. Google Maps information would also be used to improve the user experience for increased app success.

The custom app built for Pink Avenue Beauty has two sides, a Pro side and a client side. The Pro side has multiple user roles that can be created including owner, manager, receptionist, and stylist. To protect the sensitive information of users, each role is granted specific access permissions.

Set Up A Free Consultation