Native vs Hybrid App Development: What to Choose and When

In an age when people use smartphones for everything, we can see a significant increase in different mobile apps every day. Today, The Apple App Store has 1.96 million apps, while the Google Play Store has around 2.87 million apps available for download.

Staying competitive in such a huge mobile app market is not easy if you do not know what app development approach to choose and when to choose it. It is best to understand the pros and cons of each approach before making your decision. In this blog, we will discuss what native and hybrid app development are and how they influence the key factors of app development.

What is a Native App?

If you have used Google Maps at least once, you have used native mobile apps. They are the applications that operate only on specific operating systems and devices such as Apple iOS and Android devices, desktop computers, and smart TVs. Developers use platform-specific programming languages such as Objective-C or Swift for iOS and Java or Kotlin for Android for building native apps. One of the major advantages of a native app is that it can take advantage of a mobile device’s underlying functionalities such as the GPS, accelerometer, and camera.

What is a Hybrid App?

Hybrid mobile app development combines native and web application elements by embedding code from web development languages such as JavaScript, React Native, Flutter, CSS, and HTML. You can see a hybrid app as a web app in a native app shell. The hybrid apps use plugins like Apache Cordova to access the native elements. Hybrid apps are popular among developers because they need to write code only once, and they can use the same code on multiple platforms.

Now that you have a basic idea of native and hybrid development, let’s compare them against each other.

Native vs Hybrid Apps: Which One to Choose?

There are several factors to consider when choosing the right app development approach.

One main attribute to consider is how much you value the performance of the application you develop.  In terms of app performance, it is best to take a native mobile app development approach because they take advantage of the hardware and software of their native devices better than a hybrid app. It is easy to optimize the performance using native-app functionalities such as memory management. Native apps are usually optimized for a particular platform, meaning they are comparatively faster than hybrid apps, have higher responsiveness, and have less load time.

When developing mobile apps, the available budget and time are two important things companies need to consider. If you choose to develop a hybrid app, you only have to write the code once as it is deployable on multiple platforms. This significantly reduces the development time and costs. In contrast, native apps require separate codebases for iOS and Android platforms. This can be a daunting task, especially for a limited-budget startup. Thus, if your first and foremost concern is the available budget, it is best to choose hybrid apps.

Number of Bugs During Development

Maintaining two different mobile apps with one codebase, as is the case with hybrid apps, is challenging. Native apps, on the other hand, have two codebases: one for iOS and a separate one for Android applications. They also do not depend on plugins like Apache Cordova, Xmarin, etc., so there is less chance to have bugs in the codebases.

When there is an update to the operating system (OS), native app developers get access to the latest software development kit (SDK), but hybrid app developers need to wait until third-party tools like Xamarin and Cordova start supporting features of the latest OS versions. As there is no control over this extra layer of dependency in hybrid apps, the process is more vulnerable to additional bugs.

Today, organizations and individuals consider app security as one of their major concerns when evaluating a mobile app for their requirements. If you consider native vs hybrid app development approaches, native apps possess more security features than hybrid apps. As a result, it is easy for native developers to integrate security features like encryption. However, since hybrid apps rely on web languages such as HTML and Javascript, they are vulnerable to web attacks such as cross-site scripting (XSS) and HTML5 insecure storage. If you are more concerned with app security than your available budget, choosing native app development over the hybrid approach is best.

When it comes to mobile app usage, the user experience can make or break the mobile app. If you can provide a positive user experience, it will encourage user engagement and retention. In this case, it is better to choose native apps, as they have more UI features and customization abilities than hybrid apps.

Every company tries to launch its app as quickly as possible. If you consider native and hybrid apps, hybrid apps have a shorter development lifecycle and are quicker to deploy to multiple platforms than native apps since developers only need to write the code once. If the time to market is a major concern, it is best to choose hybrid apps over native apps.

When to Consider Native Apps?

The popular messaging app WhatsApp is an example of a native application.

When to Consider Hybrid Apps?

Facebook is an example of a successful hybrid application that uses React Native.

Native and hybrid app development are two popular approaches in today’s mobile apps market. Native apps are for specific types of mobile devices and operating systems, while a mobile hybrid app combines native and web apps. This article discussed each approach and when to choose native vs hybrid apps based on performance, cost, security, number of bugs, user experience, and time to market. 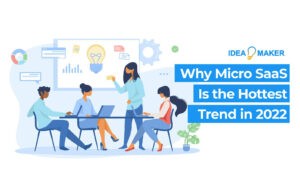 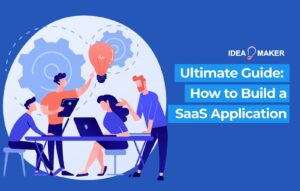 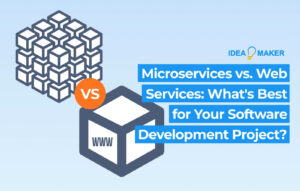 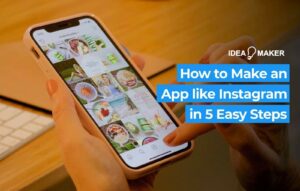 There is no definitive answer to this question as it depends on a number of factors, including the specific features and functionality of the app, the hardware it is running on, and the operating system. However, in general, native apps tend to be faster and more responsive than hybrid apps.

The main Facebook app is a native app, written in the native code of each platform. However, there are also several hybrid apps that Facebook offers, such as Messenger. These apps are written in HTML, CSS, and JavaScript, but they are packaged in a way that allows them to be installed and run on a device just like a native app.

What are some examples of native apps?

Native apps are apps that are specifically designed to work on a particular platform, such as iOS or Android. They are written in the native language of the platform, such as Objective-C or Java, and can take advantage of all the platform’s features. Some examples of native apps include the Facebook app for iOS, the Twitter app for Android, and the Instagram app for Windows Phone.

What are some examples of hybrid apps?

Hybrid apps are apps that combine the best of both worlds: the flexibility and functionality of native apps with the ease of development and portability of web apps. Some popular examples of hybrid apps include Uber, Instagram, Pinterest, Snapchat and Skype.

What is the most popular native app framework?

Some of the most popular native app frameworks include React Native, Flutter, and Ionic. These frameworks allow developers to create high-quality apps that can be used on both iOS and Android devices.

What is the most popular hybrid app framework?

Is it easier to debug a native app or a hybrid app?

If we’re talking about basic debugging tools, then native apps have a clear advantage. For example, Apple’s Xcode and Android Studio both offer powerful debugging tools that can help you track down bugs. On the other hand, hybrid app frameworks generally don’t offer as many built-in debugging features.

Is it easier to maintain native apps or hybrid apps?

Native apps tend to be easier to maintain overall since they are specifically designed for each platform. Hybrid apps, on the other hand, can be more difficult to maintain since they often rely on third-party services and frameworks that can be less reliable.