Save Money on Your App Development with Flutter 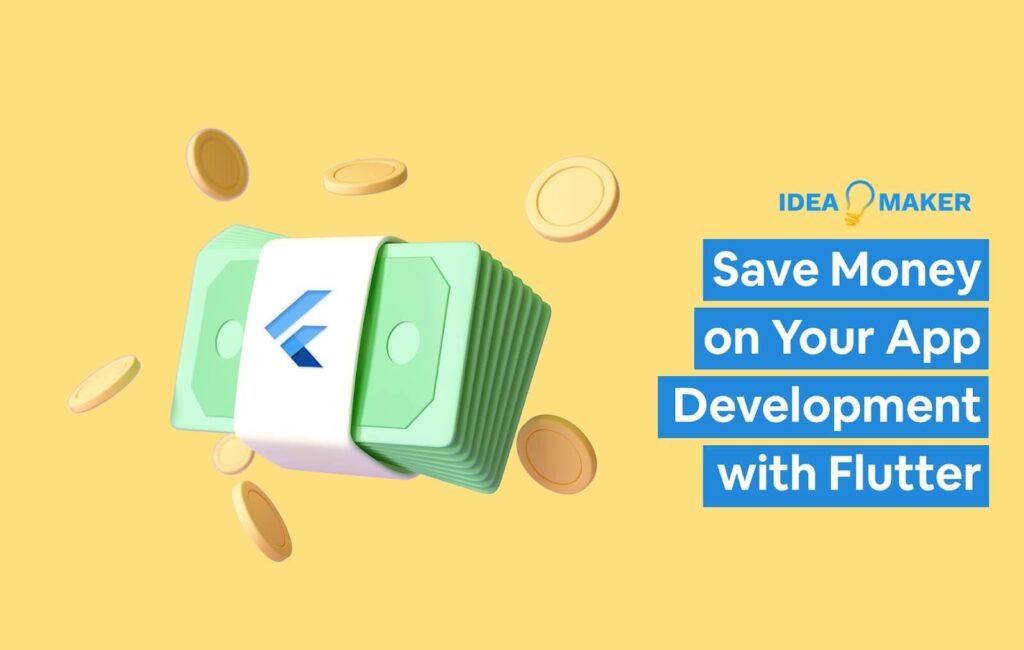 A History of Flutter

Mobile apps are everywhere in modern life, from how you move around the city to the food you order. And in 2017, Google released Flutter, empowering developers with faster and easier ways to develop mobile apps for iOS and Android.

People didn’t believe in the potential of mobile app development at first because they often felt sluggish. It’s only after the release of powerful frameworks like Flutter and React Native that developers got to create high-quality apps with greater performance and at lower prices. Now, the biggest discussion is how to save money on your app development with Flutter and other app development options.

Companies and teams often face the same dilemma when developing mobile apps: Should my app be native or cross-platform? And the truth is, there’s no correct answer here. Both options have their benefits and setbacks, and the choice will vary depending on the project’s needs. So let’s explore those differences and how they affect both the app and the development process. 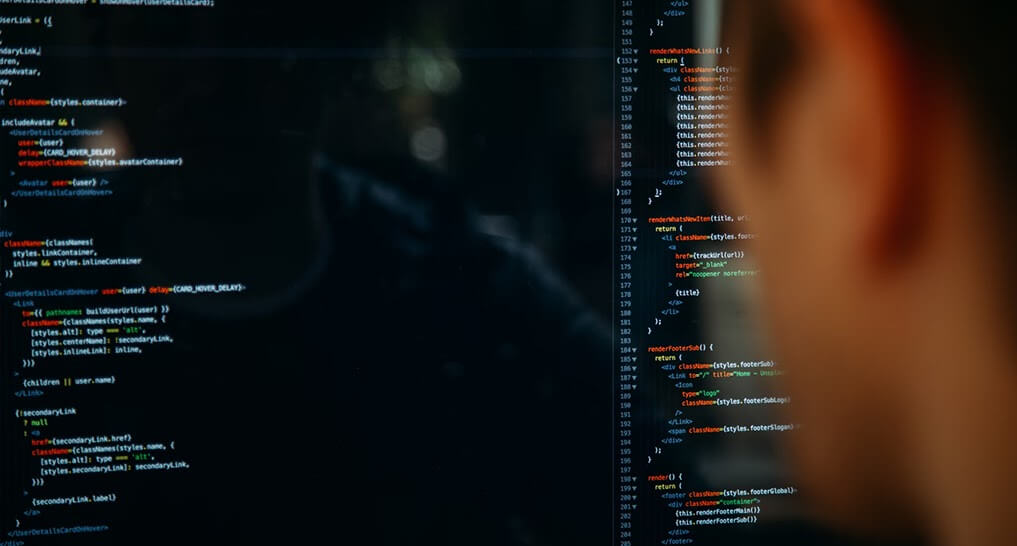 What is Native Coding?

Native mobile developers create applications for specific mobile operating systems. Each system requires developers to learn particular programming languages. For example, we use Swift or Objective-C for iOS development. However, for Android, Java or Kotlin are used.

Native apps have several advantages. By default, they use both device and operating system features such as GPS, camera, contact list, etc. When developers work with native apps, they know what they are dealing with, so optimizing memory, building intuitive UIs, and knowing how users interact with UI elements are key advantages.

All this knowledge will often translate into apps that feel considerably more intuitive and smoother to users. However, native development requires a separate codebase for iOS and Android, which adds to development time and is significantly more expensive.

Swift is the go-to language when coding for iOS. It has simple syntaxes, better performance, and is stable. It focuses on iOS and OS X to make native apps safer, increase flexibility, and make building apps more accessible. Additionally, SwiftUI makes building interfaces a straightforward process. This is the future of iOS development and where most new developers should invest their time.

When using native languages such as Java or Kotlin, you can expect massive support from Google and seamless integration with faster and more efficient apps. Android development can also be done in C or C++ using the Android Native Development Kit (NDK), even though Google doesn’t encourage it.

When using C/ C++ languages, you won’t use a Java virtual machine to run your code. Instead, it will natively run on the device. Using NDK to write apps using C/C++ is a must when looking to squeeze every ounce of performance from devices, making it ideal when developing apps like modern mobile games. 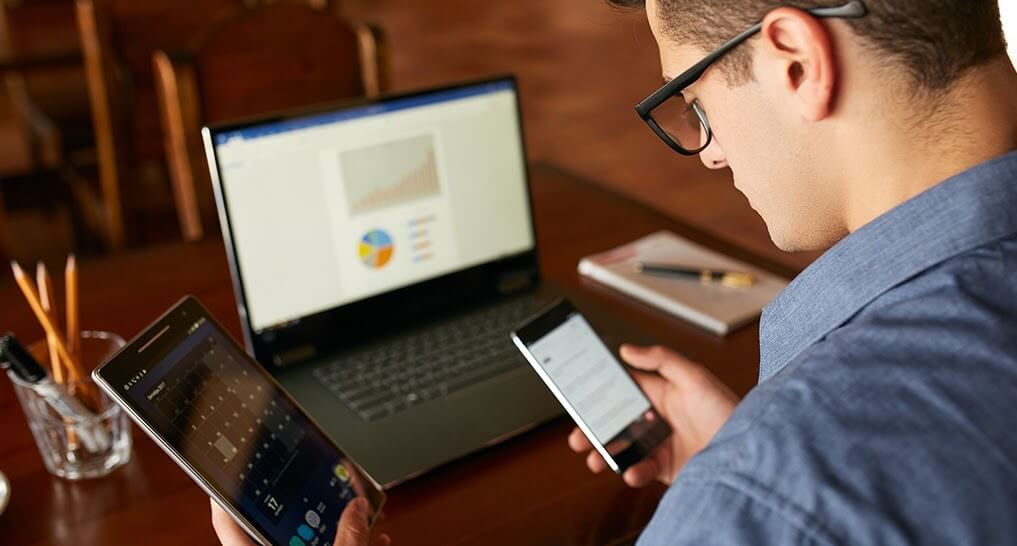 React Native was publicly released in 2015 and was adopted by some big companies like Instagram, Facebook, and Uber. React Native uses JavaScript, React JS, Python, C++, and C. Its diversity ensures that more developers will know how to work with it, leading to greater performance and cleaner codes.

React Native has a large community active on GitHub with over 93k stars, 23k commits, and 2k contributors. The community is constantly iterating on the project, answering questions, and contributing to its improvements. 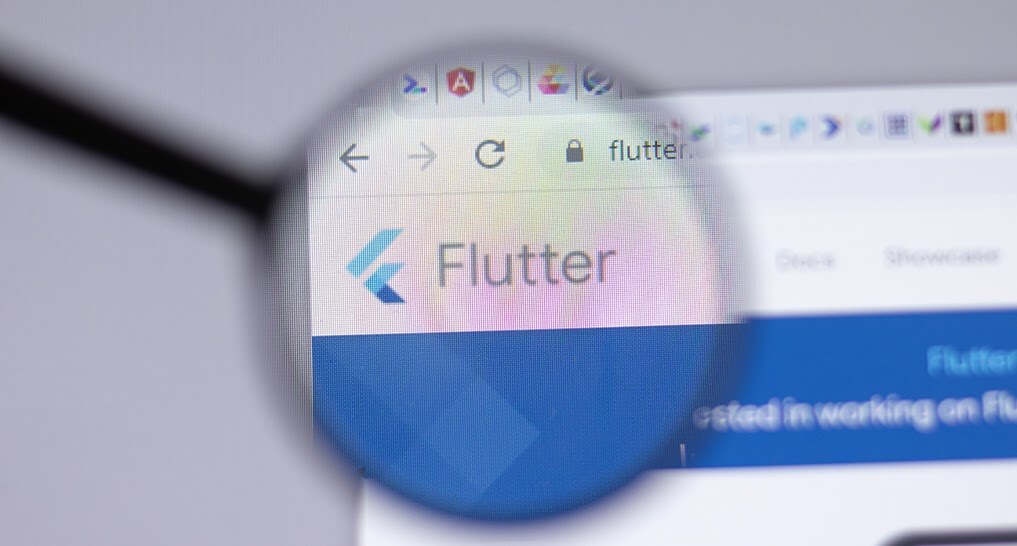 Google showcased what would later become Flutter in 2015 at the Dart Developer Summit. A couple of years later, in 2017, it was released during the Google I/O event, and since then, it has soared in popularity.

While still new in the market, Flutter has already been adopted by giants like BMW, Tencent, and eBay. Flutter is mainly about the Dart programming language, which has many C/C++ and Java influences, making learning it easier.

While Flutter may still be young, it has a bright future ahead. And features like the Hot Reload allow for incredibly dynamic development. With it, developers can see the results of their changes in real-time, allowing bug-fixing to be faster, which leads to faster development of apps.

Flutter also has many widgets ready to use. These widgets are the building blocks used to define the appearance of UI elements like shadows, buttons, text, and the height of columns. And having so many of them available makes development faster, smoother, and more accessible.

The Flutter community is incredibly active, and their efforts have improved Flutter’s performance by refining how it directly communicates with native modules, leading to short response times and ensuring even data-intensive apps have the superior performance of Flutter.

Benefits of Developing in Flutter 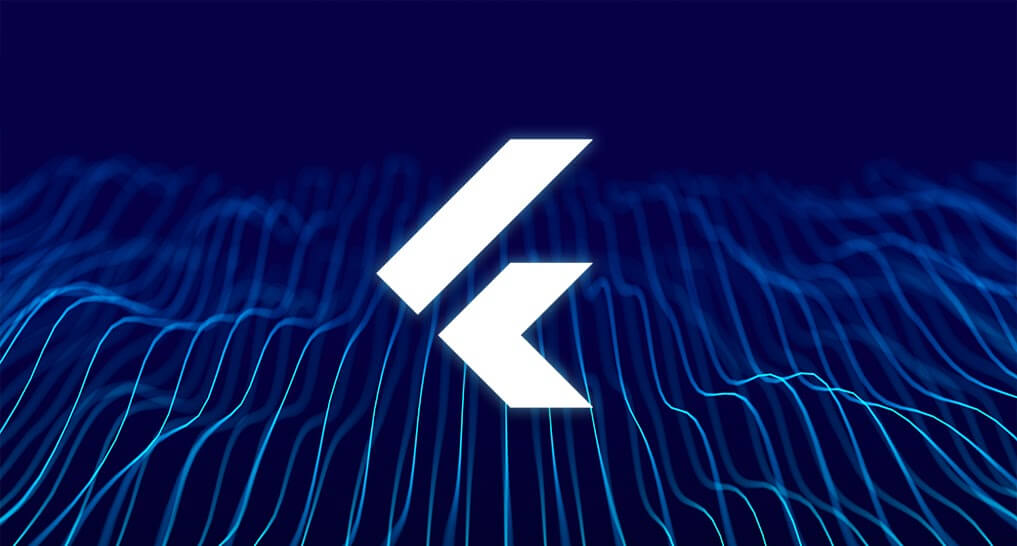 Flutter is a complete tool with low cost, smooth UI, outstanding performance, accessibility options, portability, and is heavily customizable. On top of that, there’s excellent documentation and support from Google and the community built around it. So let’s outline some of the main benefits of developing your cross-platform application with Flutter.

Flutter is all about ready-to-go widgets, making the development process feel very modular, like building a puzzle. This modular nature allows new developers to pick it up quickly.

Building UI elements with these widgets is a straightforward process. Instead of using layout and views, Flutter uses widgets across the board, and they all have the looks you expect from Android and iOS applications.

And thanks to widgets, developers spend considerably less time refining the UI when doing cross-platform work. However, if Flutter doesn’t offer the widget you need, you can build custom ones.

Flutter takes the cross-platform approach even further by being compatible with Desktop, Windows, macOS, and Linux. Furthermore, all this is done without any changes to your Dart source code. And while this feature is still only available as a beta release, Google won’t take long to spread Flutter’s usage beyond mobile applications.

Developing with Flutter requires only one developer team instead of two, making projects cheaper. That way, the resources are optimized on a single project and share one codebase, which leads to improved and advanced applications with faster development.

Flutter mobile applications run with a performance comparable to native applications. It accomplishes this by eliminating the middle-man, such as JavaScript bridges, significantly improving the communication between application and platform.

Also, they use their own widgets instead of Original Equipment Manufacturer (OEM). That way, no resources are wasted communicating, as Dart compiles directly into native code. And they offer tools and methods to measure its performance, troubleshoot issues, and improve to ensure you achieve the target framerate.

Flutter uses a powerful and lightweight 2D graphics library called Skia. It’s responsible for rendering Flutter components on a canvas and supports many operating systems like Android, iOS, Linux, and Windows. With it, developers won’t waste time or resources adjusting the UI for every platform deployed.

Accessibility is essential to reach as many users as possible, and Flutter comes with accessibility tools by default. For instance, larger and adjustable fonts, screen reading with auditory feedback about Flutter UI elements, contrast options, and more.

If you’re unsure if this feature is a good fit for your application, Flutter docs explain how to implement and configure the accessibility options, as well as providing some examples.

Mobile applications are often released in several countries and multiple languages, which can get expensive. Flutter makes this process painless and cheap by providing widgets and classes to aid developers in changing text, layouts, and values without having to code everything by hand. In addition, flutter libraries are internationalized by default to help this process even further.

Flutter is growing rapidly. This growth can easily be observed when looking at GitHub numbers. These numbers reflect community activity and Google search, with a constant uptrend in interest.

But the Flutter community isn’t only on GitHub. You can find many developers asking questions and getting helpful answers in communities like Stack Overflow, Reddit, Medium, and many others. And while still young, Flutter makes for a respectable alternative to the more mature React Native due to its simplicity and modularity.

The popularity of mobile frameworks in the last 12-months. Source: Google Trends.

Google does a fantastic job when it comes to building comprehensive, complete, and well-organized documentation. You can get organized documentation and video tutorials from Google and plenty of examples to help you get started with Flutter. And if you want to dive even deeper, places like Udemy, Coursera, and Pluralsight offer great courses.

Google constantly updates and revises this documentation. Also, new videos are often added to their developer playlist, where you can learn from established professionals with years of experience!

Working with a Google product has its benefits, like experiencing the entirety of Google’s ecosystem, which comes in handy when developing your app. In addition, Google keeps investing massively in Flutter, so you won’t have to worry about a lack of support in the years to come.

The best sign of Flutter’s longevity is how Google uses it everywhere in its products, meaning that Flutter is constantly under heavy scrutiny. These constant updates lead to more bug fixes and improvements happening a lot faster, making it a stable and reliable tool.

And Flutter is part of a project Google has been working on for years now called Google Fuchsia. It’s used to improve performance, make the project multiplatform, and build the UI. So we can be confident it will receive support for the following years. 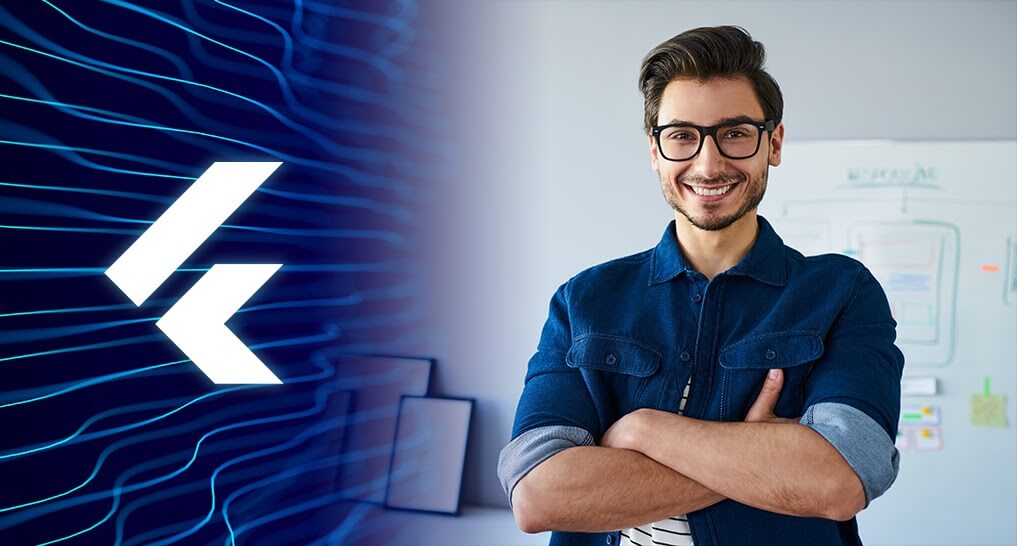 More and more developers are trying and enjoying Flutter, as it reduces the headaches and complexity of mobile development. And Flutter is perfect for companies trying to save on their next app, as developing with it costs considerably less.

Additionally, the ability to simultaneously develop an app for multiple platforms using only a single codebase reduces the time to market, cuts development costs, and improves the user experience.

Do you want to build an app for your business and don’t want to spend a lot of money on making it cross-platform? Then hire a specialized flutter app development company. Contact us at Idea Maker, and we’ll help you build an app that meets all your needs, maximizes market reach, and doesn’t leave a hole in your bank account!

React Native combines the best of both worlds. You get seamless integration of cross-platform coding that runs smoothly and navigates quickly. Idea Maker’s teams hold the experience and vision to make React Native work for you and your apps UI/UX expectations.

Flutter is an app development option that works well with Google-based browsers and android phones. It is focused on Native operations and pays special attention to the User Interface and Experience. The Idea Maker team has the experience and the expertise to use Flutter to create the perfect app or website for your business needs.

People are social creatures, even in a time of social distancing. Digital social networking is the way of the present and will be the future. Chat systems used in your mobile app or website make it easy to interact with others that you otherwise wouldn’t be able to access. Integrating a chat system into your app or website will help clients connect with you and other users.

A 3rd party provides 3rd party APIs.. They allow actions such as signing in to your website services using your Gmail or Facebook login credentials. Creating convenient ways to access your business app or website will encourage people to invest their time and money into what you’ve got to offer.

Google Maps is such a massive part of our lives, from finding your way around a new location to deciding what to eat for dinner. Integrating Google Maps into your mobile app or website will help your business find and engage clients. If your business idea involves mapping, then Google Maps Integration is the best option for your idea’s success.