As the online market grows, developers and businesses look for ways to make their products and applications reach their customers and target audience faster and efficiently. And building progressive web apps offer several benefits like speed, offline navigation, and low development cost. PWAs are a huge help when engaging your audience and reaching for a wider user base.

So let’s dive into the differences between progressive and native apps, how they benefit your project, and explore examples of successful implementation by prominent brands.

What is a Progressive Web App?

In 2015, Designer Frances Berriman and Google engineer Alex Russell were the first to coin the term progressive web application. The term defines apps that take advantage of cutting-edge features supported by modern browsers, allowing developers to have web applications that look just like native applications.

How Is a Progressive Web App Different from a Native App?

As the online market grows, companies strive to improve customer experience to grab a piece of the broad mobile market. The growth in mobile technology and app development is closely linked to the COVID-19 pandemic.

Many businesses needed to build an online presence to capitalize on the opportunity quickly. Hence, areas like e-learning, health, delivery, e-commerce, social network, and communication turned to PWAs as the perfect way to quickly increase their reach while keeping costs low.

Native applications ensure total compatibility with the best performance within a platform for mobile users. Alternatively, the modern and lightweight progressive application approach is ideal for projects with smaller budgets that want quicker development and straightforward updates.

Progressive web applications are built and run inside a web browser, ensuring that all progressive applications work both on Android and iOS. In addition, PWAs use popular web languages like JavaScript, HTML, and CSS, making PWA developers often cheaper and easier to find. They can emulate many functionalities of native apps like going full screen and having a shortcut on a mobile home screen without installing anything.

PWAs are the future because they can make a lot of the data in your app readily available, even offline, so elements like banners, promotions, constantly used resources are always ready, ensuring fast and seamless navigation.

Native applications need to be developed separately for Android and iOS. Although developing two apps is considerably more expensive, it ensures that applications work well on all devices. Thus, native applications are ideal when you need to squeeze as much performance as possible from a device, like mobile games.

Building progressive web apps is considerably cheaper than developing natively. It works with a single code base, making updating and building much faster. However, if you’re looking for speed and compatibility, native applications still come out on top.

If you’re still unsure if building a progressive web application is right for your project, we’ve made an extensive list of advantages to help you decide if progressive applications fit your needs.

Benefits of Using a Progressive Web App for Your Business

Progressive web apps aim to combine features found both in websites and native apps. They mimic the looks and feel of native applications while being much lighter.

A well-built PWA is so similar to native apps that users have difficulty identifying it as a PWA. So let’s take a look at some of the key benefits of building progressive web apps to understand how it works.

Light on Data Usage and Storage

While native applications require users to go to an app store, download, install, and give the application all the required permissions to run, these steps give users plenty of time to reconsider. Additionally, users might avoid it entirely when applications are too big or use too much data.

Progressive web applications are like websites, loading everything on the spot. As a result, data usage and size become a non-issue, significantly increasing the user’s chance to stick with the PWA.

Offline navigation is one of the most desired features for users. It avoids losing access to critical data and services if your connection drops.

PWA allows offline navigation by caching and storing part of the data displayed in the app. They utilize service worker capabilities to provide data while also enhancing performance by dealing with cached resources, managing networks, and enabling push notifications, even offline.

PWA loads faster by using service workers running in the background to do the heavy lifting. These scripts run separately from the web page and prefetch all the necessary data to keep navigation fast and seamless. And since the scripts aren’t running on the page, they do not contribute to page load times.

After the data is cached, app navigation becomes almost instantaneous. Users can even add the app to their home screen and have it ready to go without loading any resources.

Native development ensures the best performance and a tailor-made experience for the developed platform. However, the downside is requiring the project to be developed twice and fine-tuned to each device.

Building progressive web apps focus on looks, feel, cross-platform support, and total device support. Even big names like Starbucks, Twitter, TikTok, and Forbes have opted to use progressive web applications due to their reduced cost and full compatibility.

On the other hand, progressive web applications use common programming languages like JavaScript, HTML, and CSS, and maintenance requires a single team focusing exclusively on web development. Moreover, finding a team experienced in web development is easier and cheaper since web technologies have been around for a long time.

Progressive web applications have the looks, flair, and sophistication you expect from native apps. From shadows, buttons, round corners, and characteristic fonts without any hassles from native apps. No need to make an account, install anything or mess with permissions.

Progressive apps can even interact with systems like sharing, audio recording, camera, push notifications, and geolocation. And features like reading QR codes or user location for promotions and alerts near the user are still well within the capabilities of a well-built PWA.

Publishing your application on an app store adds another cost to the project. Some stores demand a fee and require the project to go through a bureaucratic and lengthy publishing and validation process before the app can reach your final customer. This process adds expenses and increases your average market time, sometimes leading to lost opportunity windows for commercial holidays or publishing untested builds to meet a deadline.

However, you can skip the entire app store issue when working with a PWA. As long as the user has a modern browser like Chrome or Firefox, they can access your app and receive updates without downloading different versions or waiting for another verification round, making PWAs convenient for consumers and businesses alike.

There are several practical applications of progressive web applications we use daily. Here are some examples of large companies that managed to turn failure into growth by leveraging the advantages of PWA development.

When Pinterest released its app, the social network aimed to increase its international reach. However, the app had low user conversion rates, as most users would not install their native application, and those that installed would quickly uninstall it. Furthermore, after releasing their app, internal data revealed that only about 1% of the app users would register in the social network or keep the app.

After investigating the problem, Pinterest discovered that the app performance was suboptimal on mobile devices. They used this information to invest in the cheaper and lightweight PWA, rebuilding their app from the ground up. After the move to PWA, the faster load times increased app usage, user engagement, and ad-generated revenue.

For a long time, Twitter struggled to create a captivating mobile experience. Users frequently complained about long load times, poor performance, and unresponsiveness while using the app. To solve this issue, they released Twitter Lite made with PWA. It was a huge success and significantly increased user engagement, propelling Twitter as one of the largest social networks.

OnlyFans is a bastion of diverse content and is mainly known for its mature content. Unfortunately, companies like Google and Apple avoid allowing OnlyFans and similar apps into their store because of their policies against explicit content.

However, they managed to rise above the rest and thrive by using PWA. The technology allows users to install their app directly from their website, bypassing store policies. This allows OnlyFans total control of payment options and published content while being lightweight and intuitive.

TikTok is incredibly lightweight, but when their PWA was first released, TikTok didn’t intend to use it for optimization or to get a bigger piece of the social network market. Instead, they took advantage of the much lower costs and fast development of PWAs to deal with a legal situation.

In 2020, the social network needed a quick and cheap way to dodge the App Store ban in the United States. Building a PWA was TikTok’s affordable and efficient way of keeping a presence while they fought the Trump administration to keep operating in the USA.

TikTok is one of the best PWAs on the market for its simplicity and accessibility. You could add it to your phone right now with no hassle by visiting tiktok.com on your mobile web browser, navigating to the bottom of the page, and tapping on “Add app to Home Screen.” While it might seem like an installed app, it’s simply a great PWA that perfectly showcases the future direction other apps might take.

Many users on slower 2G connections had issues using Uber’s app. It has a large size and intensive data usage, which pushes away users with slower network connections.

Embracing PWA helped users with slow network connections and older hardware, increasing Uber’s customer base and pleasing riders with low-end devices. With it, users can load up Uber’s PWA within a few seconds, even on 2G.

After the app loads, it updates only vital information like prices and available drivers while still sending push notifications to keep users informed.

Since 2016, the popular news website had considerably faster page loading times when compared to their mobile website, which led to superior conversion rates and an expressive increase in the number of users who would return within seven days.

They used Progressive Web Application technology, together with Google’s Accelerated Mobile Pages and some in-house technology to produce one of the fastest news websites to date, with an average page load time of less than one second.

Starbucks rolled out the first version of its PWA in 2017. It has increased responsiveness, faster page load times, and a customized user experience.

Essential feature implementations that improved quality of life were possible due to PWA. Features like changing orders, checking nutritional product information, and browsing the catalog, all while offline. According to Google, the implementation of PWA doubled the number of daily users for Starbucks.

Book a meeting with Idea Maker today if you’d like to increase customer retention and improve application reach while cutting expenses. Our experts can walk you through everything you need to make your native app into a modern PWA. 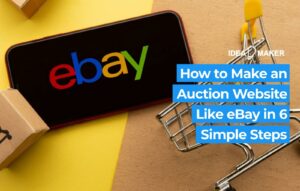 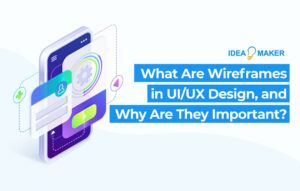 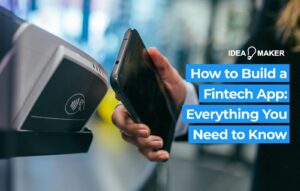 What makes a web app a PWA?

Progressive web apps don’t need to be installed, cost less to develop, and run even without an active internet connection.

TikTok, Twitter, Uber, and Only Fans are the biggest PWA apps currently on the market.

What is difference between a Web App and progressive web app?

Progressive web applications run on mobile phones and emulate the looks of regular mobile apps while using a fraction of the resources. Meanwhile, standard web apps run on a browser and can be accessed on desktops.